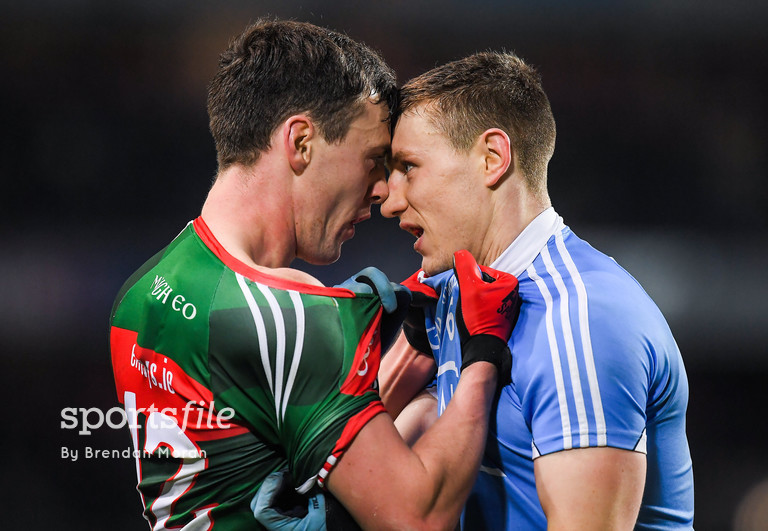 4 March 2017; Diarmuid O’Connor of Mayo and John Small of Dublin get close during the Allianz Football League Division 1 Round 4 match between Dublin and Mayo at Croke Park in Dublin. Photo by Brendan Moran/Sportsfile

Photos from 13 GAA games from across the country to whet your appetite in the latest edition of the Sportsfile GAA Weekend in Pictures.

At Croke Park Dublin defeated Mayo by 12 in the football league, while their hurling capital counterparts lost out to the Deise in their hurling fixture.

Elsewhere in hurling Kilkenny got their first win of the campaign when the Rebels travelled to Nowlan Park, and Tipperary defeated Clare on a whopping scoreline of 0-28 to 0-21.

In football there were wins for Kerry, Donegal and Tyrone in Division 1, Kildare, Meath and Derry in Division 2, while Armagh had an incredible 30 point winning margin over Offaly in the Athletic Grounds in Division 3.

While in camogie Slaughtneil and Myshall were victorious in the junior and intermediate finals respectively of the AIB All-Ireland Senior Camogie Club Championships in Croke Park.

All that and more in the latest edition of the Sportsfile GAA Weekend in Pictures.