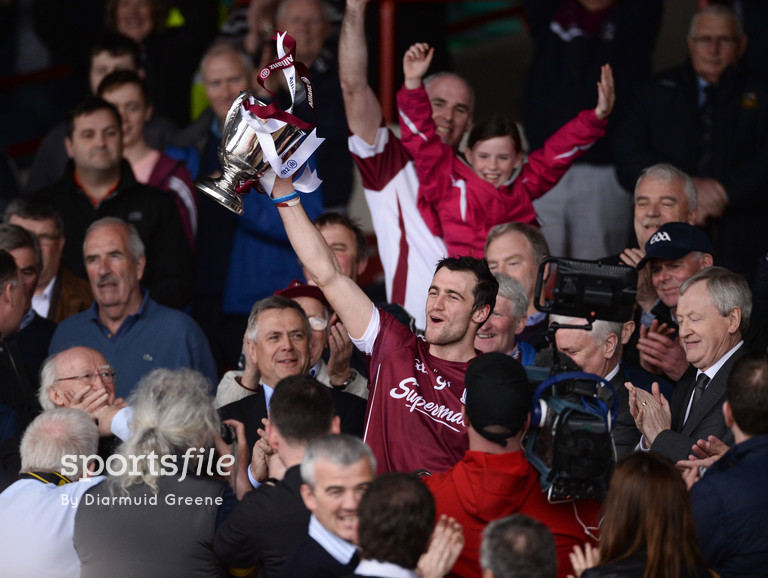 23 April 2017; Galway captain David Burke lifts the cup after the Allianz Hurling League Division 1 Final match between Galway and Tipperary at the Gaelic Grounds in Limerick. Photo by Diarmuid Greene/Sportsfile

Galway claimed the Allianz Hurling League Division 1 Final with a fantastic display of hurling in Limerick.

A tough and close battle was expected but the Tribesmen had it all their own way for most of the game in the Gaelic Grounds. Leading by 6 at half-time and 16 by the final whistle, with Jason Flynn getting two very classy second half goals.

While in the Leinster Senior Hurling Championship Qualifier Group there were opening day wins for Meath over Kerry in Navan and Laois over Westmeath at home in Portlaoise.

In Ladies football the pairings were decided for the Lidl Ladies Football National League Division 1 final, where Cork will take on Donegal after their wins over Dublin and Galway respectively over the weekend.

And in the Littlewoods Ireland Camogie League Div 1 Final Kilkenny defeated Cork on a scoreline of 2-07 to 0-10, also at the Gaelic Grounds.