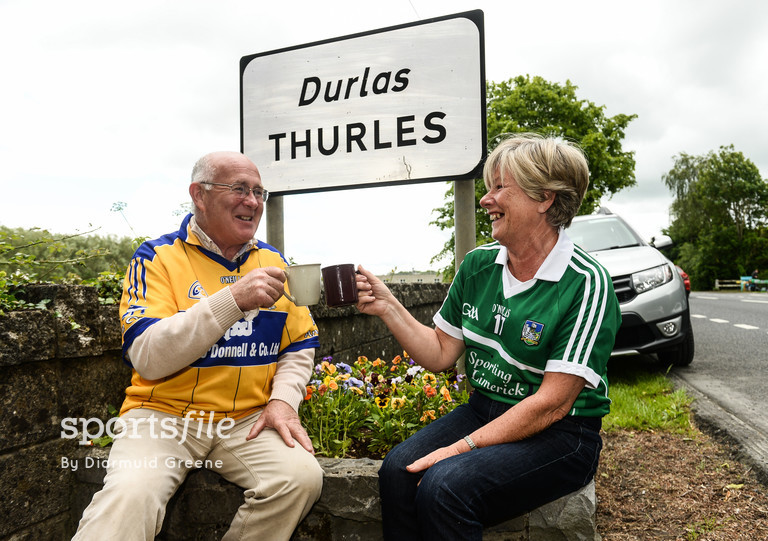 4 June 2017; Thomas O’Halloran, from Kilmaley, Co. Clare, left, and Bríd Moran, from Ballylanders, Co. Limerick, enjoy a cup of tea together on the outskirts of Thurles ahead of the Munster GAA Hurling Senior Championship Semi-Final between Limerick and Clare at Semple Stadium in Thurles, Co. Tipperary. Photo by Diarmuid Greene/Sportsfile

It’s time to plan for the Munster Senior Hurling Final again for Clare, for the first time since 2008, after they defeated their neighbours and rivals Limerick in their clash by 3-17 to 2-16, Shane O’Donnell getting two goals for the banner.

In the Leinster Senior Football Championship Kildare and Meath qualified to play each other in the semi-finals after wins over Laois and Louth respectively. While Dublin got past 14-man Carlow at O’Moore Park.

And in Ulster Down beat Armagh for the first time in 25 years, as their registered a two point victory.