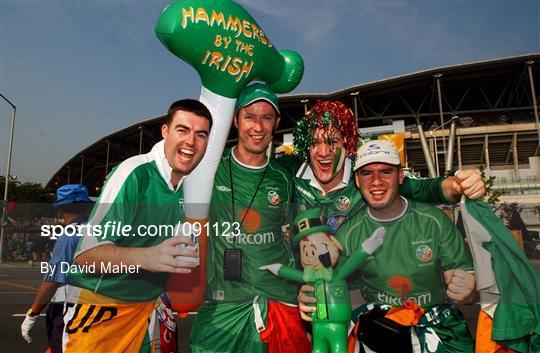 Purchase Print
091123
View all images from this event
16 June 2002; Republic of Ireland supporters, from left, Dave Greene, Niall Hawkins, Enda Cafferty and Frances Gilligan, all from Galway, outside the stadium prior to the FIFA World Cup 2002 Round of 16 match between Spain and Republic of Ireland at Suwon World Cup Stadium in Suwon, South Korea. Photo by David Maher/Sportsfile
Email to friends
Sunday 16th Jun 2002
48 of 57
More Images