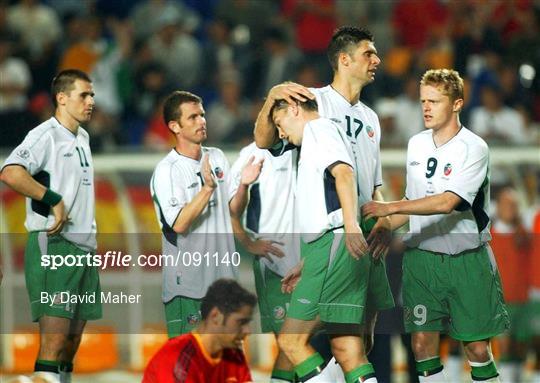 Purchase Print
091140
View all images from this event
16 June 2002; Matt Holland of Republic of Ireland, centre, is consoled by team-mates Damien Duff, right, and Niall Quinn after missing a penalty during the penalty shoot-out of the FIFA World Cup 2002 Round of 16 match between Spain and Republic of Ireland at Suwon World Cup Stadium in Suwon, South Korea. Photo by David Maher/Sportsfile
Email to friends
Sunday 16th Jun 2002
57 of 57
More Images