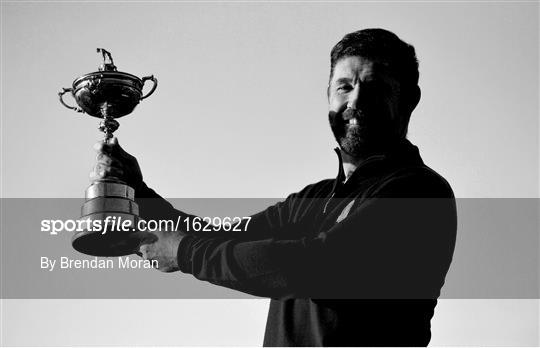 Purchase Print
1629627
View all images from this event
8 January 2019; (EDITOR'S NOTE; Image has been converted to Black & White) Padraig Harrington of Ireland with the Ryder Cup trophy after a press conference where he was announced as European Ryder Cup Captain for the 2020 Ryder Cup matches which take place at Whistling Straits, USA, at the Wentworth Club in Surrey, England. Photo by Brendan Moran/Sportsfile
Email to friends
Tuesday 8th Jan 2019
53 of 55
More Images