Launch of A Season of Sundays 2019 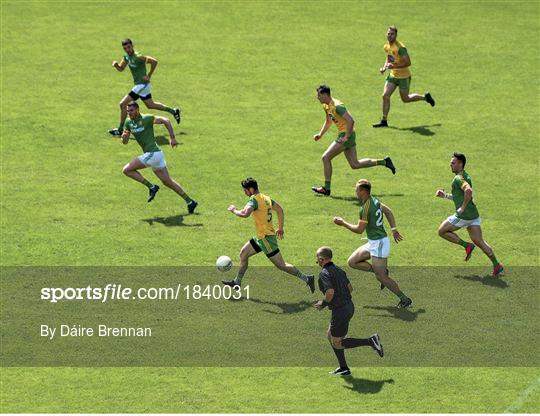 Purchase Print
1840031
View all images from this event
14 July 2019; Not for the first time in recent seasons Ryan McHugh leads the charge in a Donegal counter-attack. Where he goes, others follow. Here, McHugh’s team-mates Michael Langan, left, and Stephen McMenamin are running support lines while the Meath players racing to get back into position are, from left, Shane McEntee, Bryan Menton, Shane Walsh and James McEntee. And referee Conor Lane is right up with the break too. It’s Meath’s third defeat to Donegal this year but this is the most damaging. Photo by Daire Brennan/Sportsfile This image may be reproduced free of charge when used in conjunction with a review of the book "A Season of Sundays 2019". All other usage © SPORTSFILE
Email to friends
Tuesday 12th Nov 2019
13 of 46
More Images