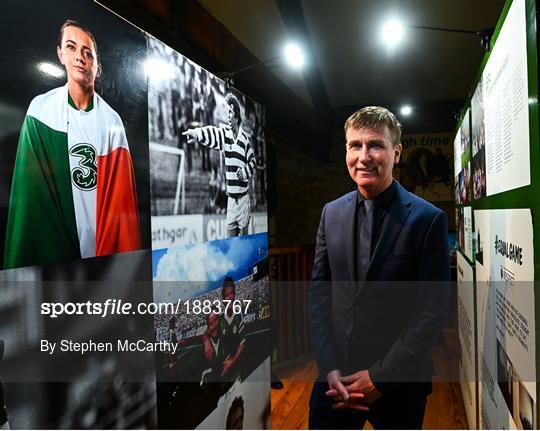 Purchase Print
1883767
View all images from this event
13 February 2020; Republic of Ireland U21 manager Stephen Kenny during the National Football Exhibition Launch at the County Museum in Dundalk, Co Louth. The Football Association of Ireland, Dublin City Council and The Department of Transport, Tourism and Sport have joined forces to create a National Football Exhibition as part of the build up to Ireland’s Aviva Stadium playing host to four matches in the UEFA EURO 2020 Championships in June. The Exhibition is a celebration of Irish football and 60 Years of the European Championships. The Exhibition will be running in the County Museum, Dundalk, Co. Louth from February 14th – 29th. Photo by Stephen McCarthy/Sportsfile
Email to friends
Thursday 13th Feb 2020
92 of 98
More Images