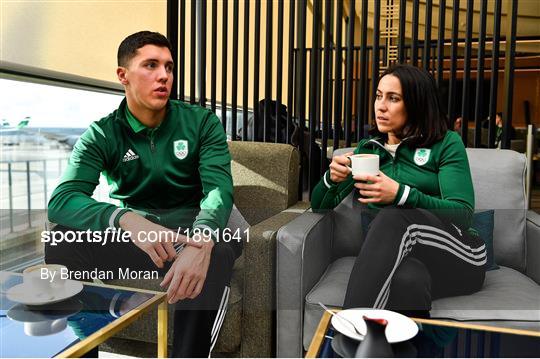 Purchase Print
1891641
View all images from this event
26 February 2020; The Olympic Federation of Ireland will fly athletes in business class to the Olympic Games in Tokyo with Qatar Airways. With less than five months left until the Opening Ceremony in Tokyo, the composition of Team Ireland is starting to take real shape. Qatar Airways has a 5 star rating by Skytrax, which also awarded the airline 'World's Best Business Class'. Athletes will benefit from the full lie flat beds and catering to suit their nutritional routine. The mood lighting will adjust the athletes' body clock to the Tokyo time zone and the cabin is pressureised to a lower altitude which equates to more oxygen and less travel fatigue. In attendance at the announcement are hockey player Anna O'Flanagan and swimmer Darragh Greene. Photo by Brendan Moran/Sportsfile
Email to friends
Wednesday 26th Feb 2020
8 of 19
More Images 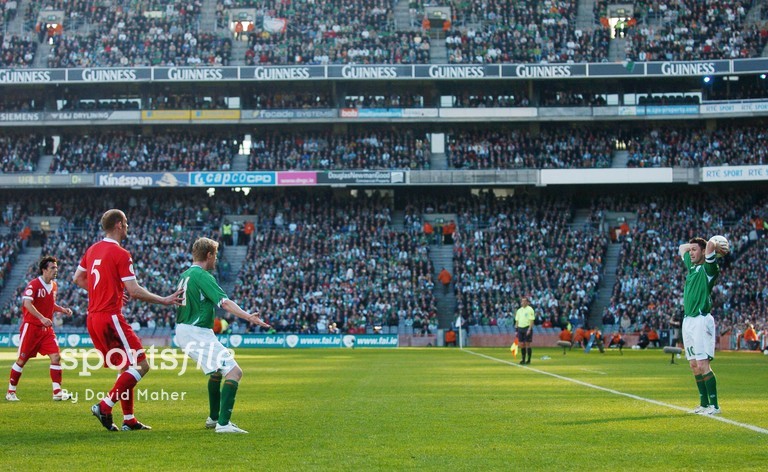