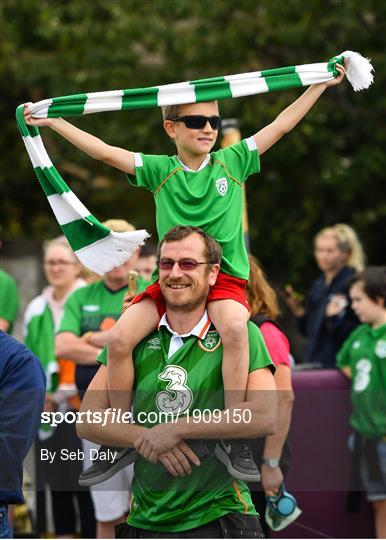 Purchase Print
1909150
View all images from this event
21 July 2020; Republic of Ireland supporters Steven, age 8, and Eoin Best, from Walkinstown, gathered alongside fellow supporters at the Walkinstown Roundabout in Dublin to celebrate the life of Jack Charlton on the day of his funeral in Newcastle, England. The former Republic of Ireland manager Jack Charlton lead the Republic of Ireland team to their first major finals at UEFA Euro 1988, and subsequently the FIFA World Cup 1990, in Italy, and the FIFA World Cup 1994, in USA. Photo by Seb Daly/Sportsfile
Email to friends
Tuesday 21st Jul 2020
27 of 36
More Images