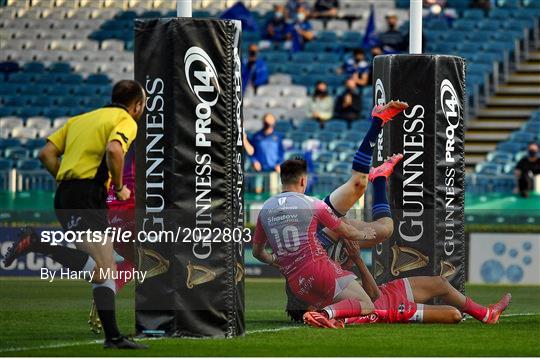 Purchase Print
2022803
View all images from this event
11 June 2021; Garry Ringrose of Leinster on his way to scoring his side's second try despite the tackle of Rio Dyer, hidden, and Sam Davies of Dragons during the Guinness PRO14 match between Leinster v Dragons at RDS Arena in Dublin. The game is one of the first of a number of pilot sports events over the coming weeks which are implementing guidelines set out by the Irish government to allow for the safe return of spectators to sporting events. Photo by Harry Murphy/Sportsfile
Email to friends
Friday 11th Jun 2021
77 of 214
More Images