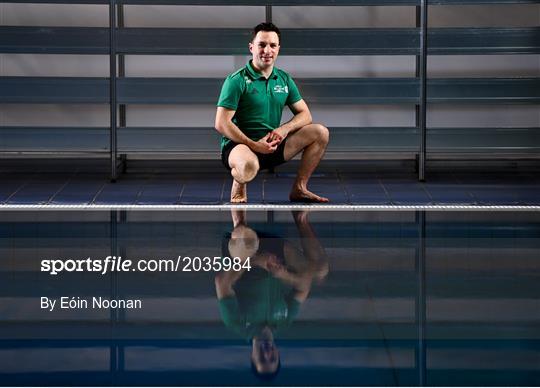 Purchase Print
2035984
View all images from this event
6 July 2021; Team Ireland diver Oliver Dingley has been officially selected to compete in the Olympic Games in Tokyo. He competes in the Men’s 3m Springboard in the Tokyo Aquatics Centre from the 2 – 3 August. This will be his second Olympic Games, and a first for Team Ireland, who for the first time are fielding two divers. Olympic debutant Tanya Watson will be competing in the Women’s 10m Platform event from the 4 – 5 August 2021. Photo by Eóin Noonan/Sportsfile
Email to friends
Tuesday 6th Jul 2021
7 of 16
More Images