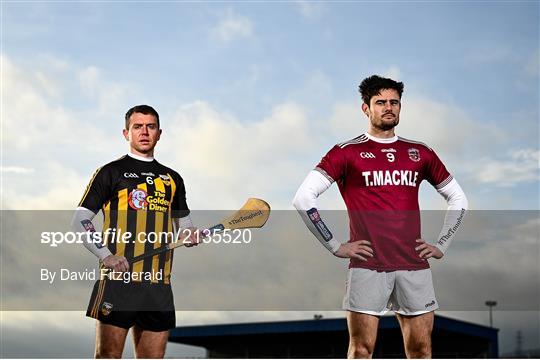 Purchase Print
2135520
View all images from this event
15 December 2021; Hurlers, Conor Woods of Ballycran, Down, left, and Chrissy McKaigue of Slaughtneil, Derry, who will battle it out in this weekend’s AIB GAA Ulster Senior Hurling Championship final, which takes place at 1pm at Corrigan Park on Sunday, December 19th. This year’s AIB Club Championships celebrate #TheToughest players in Gaelic Games - those who are not defined by what they have won, but by how they persevere no matter what - and this Sunday’s showdown is set to be no exception. Photo by David Fitzgerald/Sportsfile
Email to friends
Wednesday 15th Dec 2021
2 of 7
More Images