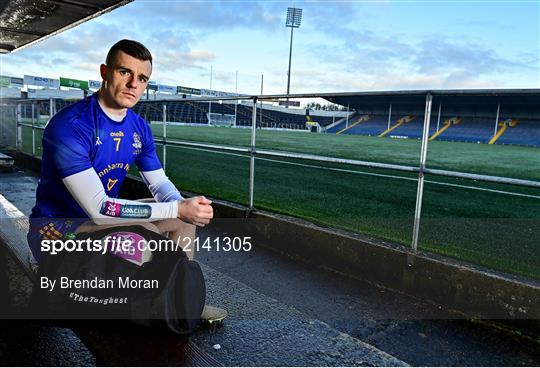 Purchase Print
2141305
View all images from this event
12 January 2022; St Finbarr’s footballer Alan O’Connor ahead of the AIB Munster GAA Football Senior Club Championship Final, which takes place at 1:45pm in Semple Stadium, Tipperary, this Sunday, January 16th and will see the Cork champions take on Austin Stacks of Kerry. This weekend will also see Derrygonnelly Harps of Fermanagh battle it out against Kilcoo of Down in the AIB Ulster GAA Football Senior Club Championship Final on Sunday, January 16th at 3:45pm at Athletic Grounds in Armagh. Both games will be broadcast live by TG4, with live coverage for the Munster final starting at 1:30pm, while the Ulster final coverage will get underway from 3:30pm. This year’s AIB Club Championships celebrate #TheToughest players in Gaelic Games - those who keep going and persevere no matter what. Photo by Brendan Moran/Sportsfile
Email to friends
Wednesday 12th Jan 2022
5 of 14
More Images