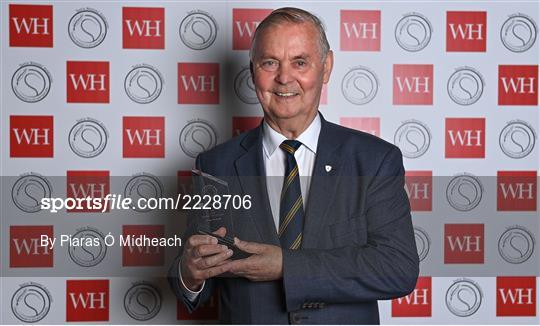 Purchase Print
2228706
View all images from this event
13 May 2022; Donegal All-Ireland winning manager Brian McEniff has been inducted into the Gaelic Writers’ Association Hall of Fame at the Gaelic Writers’ Association Awards, which took place at the Iveagh Garden Hotel in Dublin, and are this year supported by Wilson Hartnell, who are celebrating their 50th year in business. Still recognised as one of the most revolutionary coaches in Gaelic Games, McEniff coached Donegal to five Ulster titles as well as the All-Ireland Senior Football Championship in 1992. Photo by Piaras Ó Mídheach/Sportsfile
Email to friends
Friday 13th May 2022
9 of 29
More Images