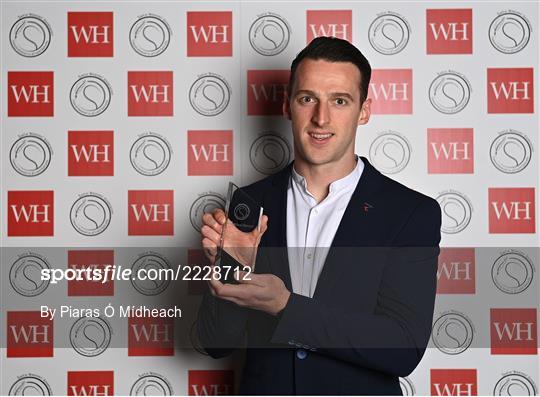 Purchase Print
2228712
View all images from this event
13 May 2022; Tyrone goalkeeper Niall Morgan has been named the Gaelic Writers’ Association Football Personality of the Year at the Gaelic Writers’ Association Awards, which took place in at the Iveagh Garden Hotel in Dublin, and are this year supported by Wilson Hartnell, who are celebrating their 50th year in business. Following a series of stand-out performances with Tyrone, Morgan is recognised for his crucial role in the All-Ireland Champions’ success last season. Photo by Piaras Ó Mídheach/Sportsfile
Email to friends
Friday 13th May 2022
19 of 29
More Images