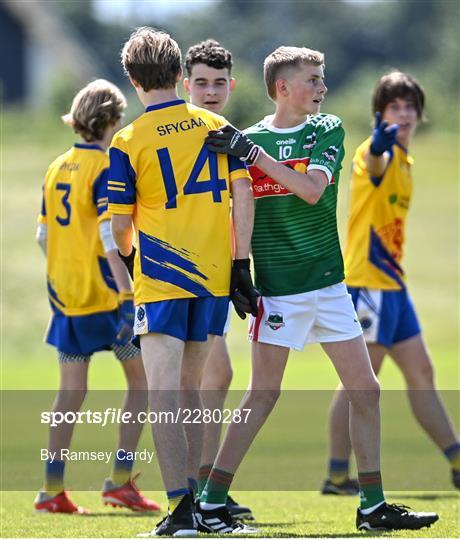 Purchase Print
2280287
View all images from this event
2 July 2022; Ciaran Power of Rathgormack and Martin Spiers of San Francisco after the match between Rathgormack, Waterford, and San Francisco at the John West Féile Peile na nÓg National Gaelic and Ladies football finals 2022 at the GAA National Games Development Centre Campus in Abbotstown, Dublin. Eighty-eight club sides from Ireland, the UK, Europe and US competed in the final stages of the under-15 competition across nine venues, one of the biggest underage sporting events on the continent, sponsored for the seventh time by John West. Photo by Ramsey Cardy/Sportsfile
Email to friends
Saturday 2nd Jul 2022
4 of 22
More Images