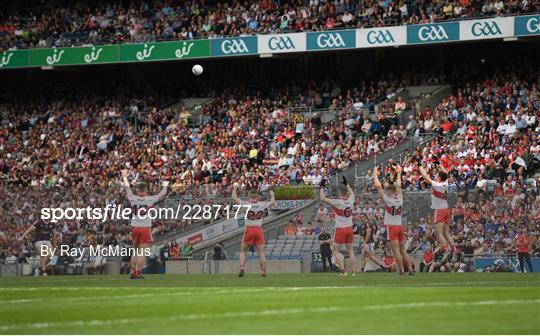 Purchase Print
2287177
View all images from this event
9 July 2022; Shane Walsh of Galway kicks a free, in the 38th minute, that was initially allowed, then disallowed and was again awarded following a review of HawkEye at half time during the GAA Football All-Ireland Senior Championship Semi-Final match between Derry and Galway at Croke Park in Dublin. Photo by Ray McManus/Sportsfile
Email to friends
Saturday 9th Jul 2022
359 of 448
More Images