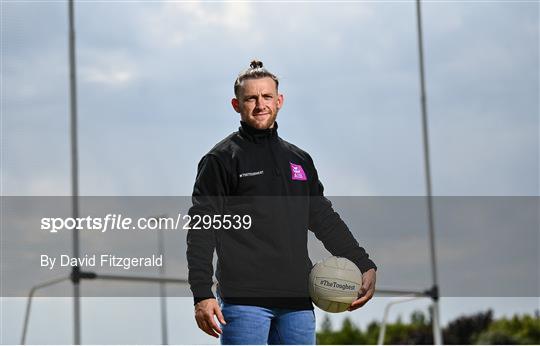 Purchase Print
2295539
View all images from this event
18 July 2022; All-Ireland glory officially up for grabs! Former Kerry football star, Barry John Keane pictured today ahead of the 2022 GAA All-Ireland Senior Football Championship Final which takes place this Sunday in Croke Park. Keane was in attendance alongside former Galway player Gary Sice, as the pair teamed up with AIB to look ahead to one of #TheToughest matches of the year between Galway and Kerry. For updates on the match, exclusive content and behind the scenes action from the Football Championship, follow AIB GAA on Facebook, Twitter and Instagram. Photo by David Fitzgerald/Sportsfile
Email to friends
Monday 18th Jul 2022
4 of 22
More Images