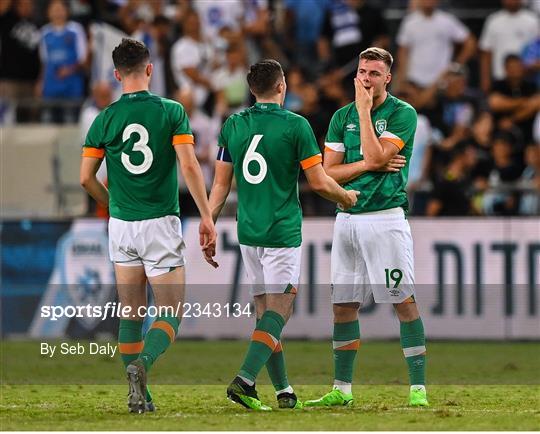 Purchase Print
2343134
View all images from this event
27 September 2022; Evan Ferguson of Republic of Ireland, right, and teammates after their side's defeat in a penalty shoot out during the UEFA European U21 Championship play-off second leg match between Israel and Republic of Ireland at Bloomfield Stadium in Tel Aviv, Israel. Photo by Seb Daly/Sportsfile
Email to friends
Tuesday 27th Sep 2022
125 of 242
More Images