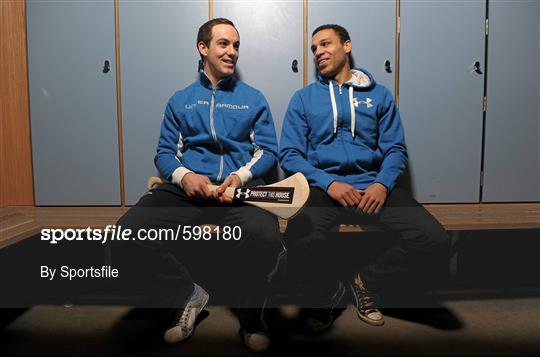 Purchase Print
598180
View all images from this event
28 February 2012; Under Armour has renewed its partnership with the Dublin senior football and hurling teams for 2012 and will once again be the official performance base layer partner for both teams in the League and Championship. At today’s announcement was Dublin footballer Craig Dias and Dublin hurler Tomás Brady, left. St Clare's DCU, Glasnevin, Dublin. Picture credit: Paul Mohan / SPORTSFILE
Email to friends
Tuesday 28th Feb 2012
1 of 3
More Images