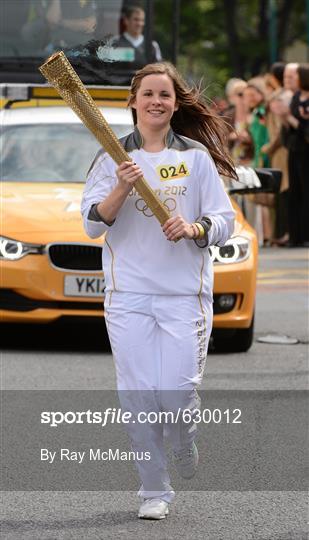 Purchase Print
630012
View all images from this event
6 June 2012; Niamh Reid-Burke,from Dublin, is a second year student on the Sports Management & Coaching course at Blanchardstown Institute of Technology. From the age of 12 she has been a member of the National Aquatic Centre’s Spring and Platform Diving Team and represented Ireland at international events on four occasions. Niamh also plays soccer and received her first cap for Ireland when she was 14. She has 36 under age caps and has been on the FAI Ladies Senior International panel for the last two years, with the Olympic Flame during the London 2012 Olympic Torch Relay through the streets of Dublin. Canal Road, Dublin. Picture credit: Ray McManus / SPORTSFILE
Email to friends
Wednesday 6th Jun 2012
155 of 182
More Images