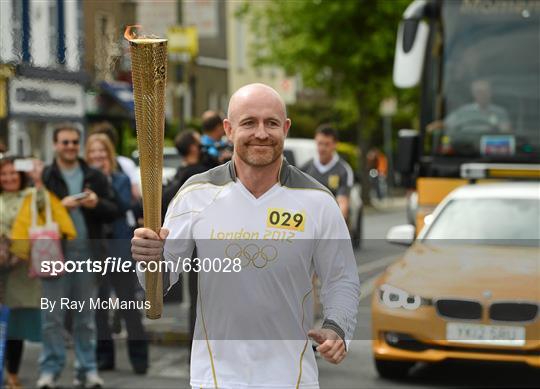 Purchase Print
630028
View all images from this event
6 June 2012; Torchbearer Denis Hickie from Dublin’s St. Mary’s RFC, is one of the great names in Leinster and Irish rugby and has earned 51 caps for Ireland as an explosive winger. Now retired from the competitive game, he is one of the top Irish try scorers of all time and has toured with the British & Irish Lions, with the Olympic Flame during the London 2012 Olympic Torch Relay through the streets of Dublin. Leonard's Corner, Dublin. Picture credit: Ray McManus / SPORTSFILE
Email to friends
Wednesday 6th Jun 2012
153 of 182
More Images