Gaelic Telecom launches service in conjunction with Dublin Co. Board 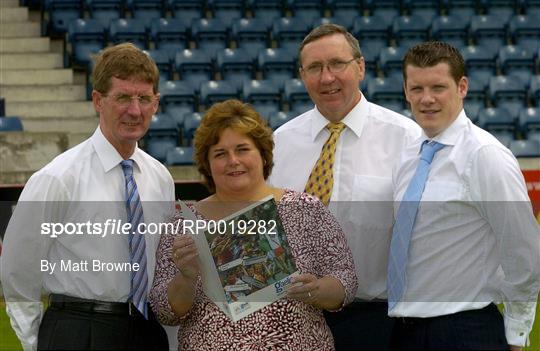 Purchase Print
RP0019282
View all images from this event
14 July 2005; Gaelic Telecom, which is an official partner to the GAA, today launched its services in conjunction with the Dublin County Board. It is now offering its services directly to all GAA members and supporters which will help raise funds for their club and county. At the launch are, l to r, John Bailey, County Board Chairman, Bernadette Kavanagh, Fingal Rovers, Anton O'Toole and Ciaran Doyle, both Gaelic Telecom. Parnell Park, Dublin. Picture credit; Matt Browne / SPORTSFILE
Email to friends
Thursday 14th Jul 2005
5 of 7
More Images