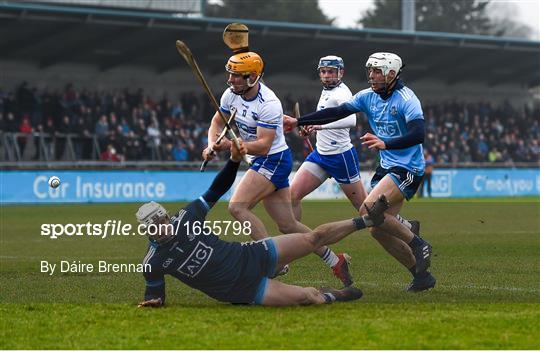 Purchase Print
1655798
View all images from this event
24 February 2019; Thomas Ryan of Waterford scores his side's second goal, despite the challenge of Alan Nolan, left, and Darragh O’Connell of Dublin during the Allianz Hurling League Division 1B Round 4 match between Dublin and Waterford at Parnell Park in Donnycarney, Dublin. Photo by Daire Brennan/Sportsfile
Email to friends
Sunday 24th Feb 2019
56 of 60
More Images