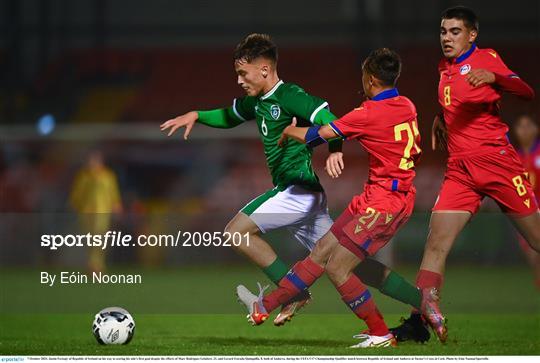 Purchase Print
2095201
View all images from this event
7 October 2021; Justin Ferizaj of Republic of Ireland on his way to scoring his side's first goal despite the efforts of Marc Rodriguez Gelabert, 21, and Gerard Estrada Quinquilla, 8, both of Andorra, during the UEFA U17 Championship Qualifier match between Republic of Ireland and Andorra at Turner's Cross in Cork. Photo by Eóin Noonan/Sportsfile
Email to friends
Thursday 7th Oct 2021
19 of 102
More Images