Launch of A Season of Sundays 2021 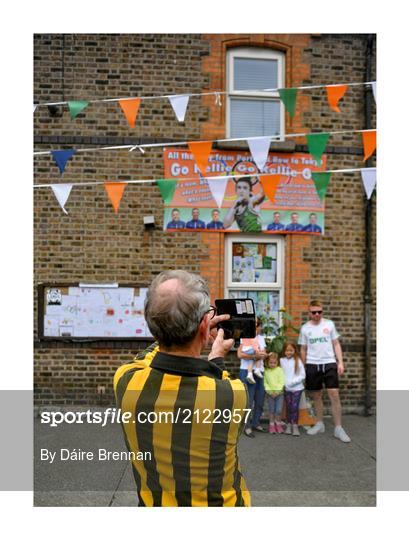 Purchase Print
2122957
View all images from this event
8 August 2021; Opportunity knocks. Kilkenny supporter Michael Gannon, from the Marble City, takes a photograph outside the house of Irish Olympic gold medallist Kellie Harrington on Portland Row. Earlier that morning Kellie’s exploits in the ring captured the hearts of the nation. Photo by Daire Brennan/Sportsfile This image may be reproduced free of charge when used in conjunction with a review of the book "A Season of Sundays 2020". All other usage © Sportsfile
Email to friends
Monday 15th Nov 2021
19 of 59
More Images