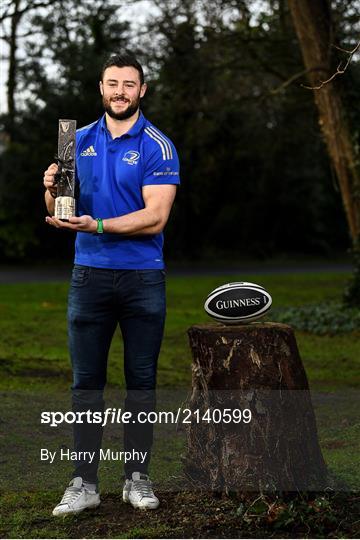 Purchase Print
2140599
View all images from this event
11 January 2022; Ireland and Leinster Centre, Robbie Henshaw, who today has been named Guinness Rugby Writers of Ireland Men’s Player of The Year after countless stand-out performances for the British and Irish Lions, Ireland and Leinster during the 2020/2021 season. Henshaw was a key player on the Lions tour of South Africa, starting all three tests against the Springboks over the summer and was a consistent contributor to the successes of both Irish and Leinster rugby over the season. Photo by Harry Murphy/Sportsfile
Email to friends
Tuesday 11th Jan 2022
6 of 7
More Images