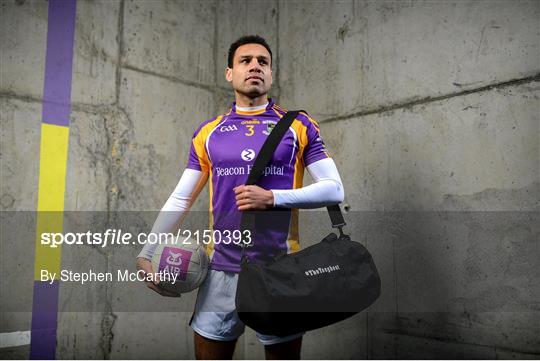 Purchase Print
2150393
View all images from this event
27 January 2022; Kilmacud Crokes footballer Craig Dias pictured ahead of one of #TheToughest showdowns of the year, which will see Kilmacud Crokes face off against Roscommon’s Pádraig Pearses in the AIB GAA Football All-Ireland Senior Club Championship semi-final this Saturday, January 29th at 5pm, at Kingspan Breffni Park, Cavan. The game will be broadcast live on TG4. In the other semi-final, Kilcoo, Down, will go head-to-head against St. Finbarr’s, Cork, at MW Hire O’Moore Park, Portlaoise on Saturday, January 29th at 3pm. This game will also be broadcast live on TG4, with coverage on the day starting from 2.45pm, while tickets for both games are now also available via https://www.gaa.ie/tickets/. This year’s AIB Club Championships celebrate #TheToughest players in Gaelic Games - those who keep going and persevere no matter what, and this Saturday’s showdown is set to be no exception. Photo by Stephen McCarthy/Sportsfile
Email to friends
Thursday 27th Jan 2022
8 of 10
More Images